Turning off your phone and going into nature is one of the purest forms of enjoyment. How do community farms keep that sense of wonder, whilst stimulating visitor engagement through technology? My dissertation project co-designs an app to support this interplay between physical environment and digital interaction. 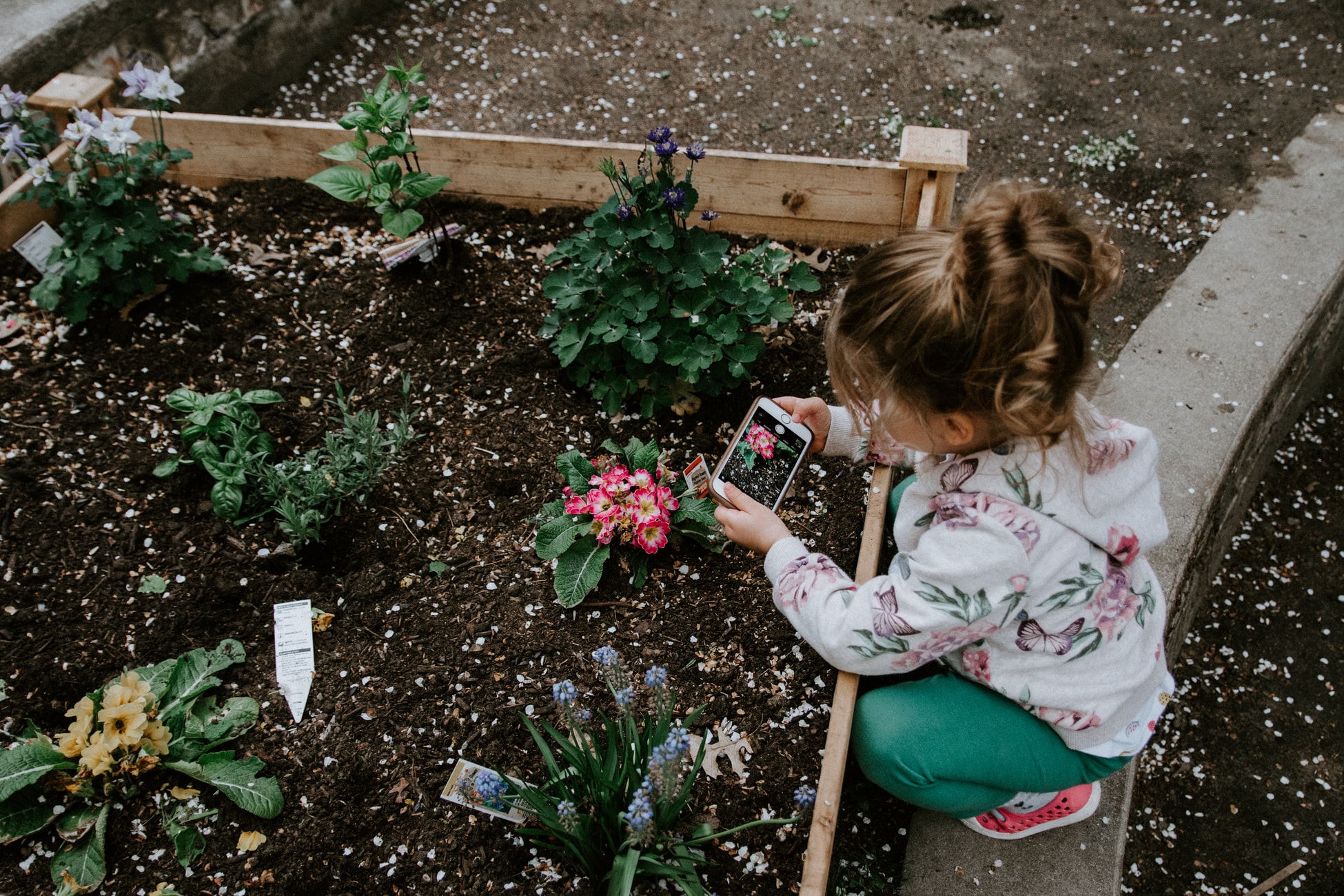 I've always been skeptical of using technology when I'm out in nature. After all, I'm there to disconnect from the screen. Yet, I recognise that technology can enrich spaces with cultural value by providing a layer of information and engagement. The question is - can this be done meaningfully?

My dissertation adopts an embodied and participatory approach to design. The result is a prototype of a digital guide that supports visitor engagement, while complementing the distinctive characteristics, goals and ethics of the community space and its stakeholders. 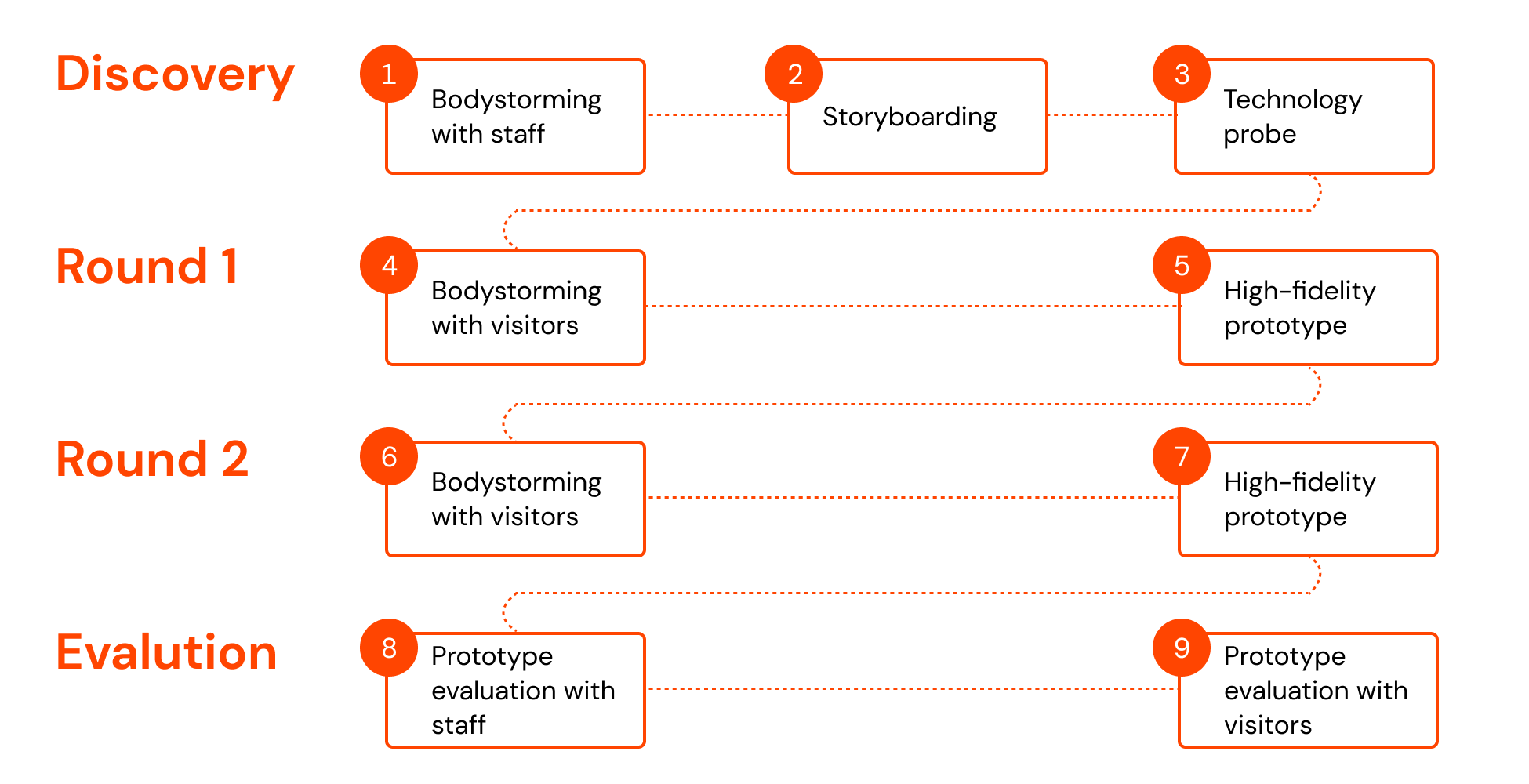 Each design round was informed by insights gathered from testing the prototype with real visitors at the farm during a bodystorming session.

Once the basic functions of the app were decided, I coded a guide app using React Native. When users tap the device on various NFC tags, it triggers an audio clip and activity.

Once the basic functions of the app were decided, I coded a guide app using React Native. When users tap the device on various NFC tags, it triggers an audio clip and activity. 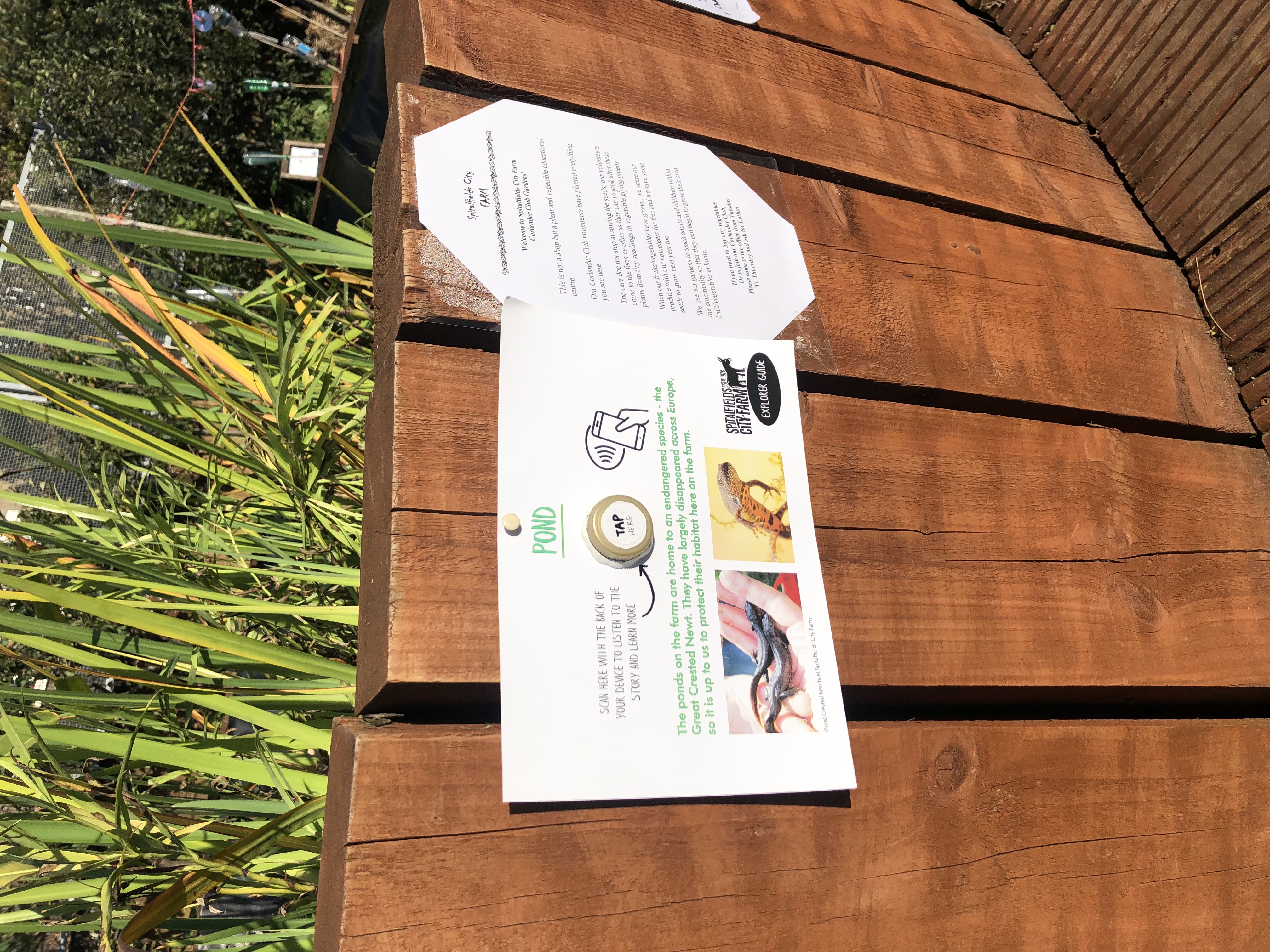 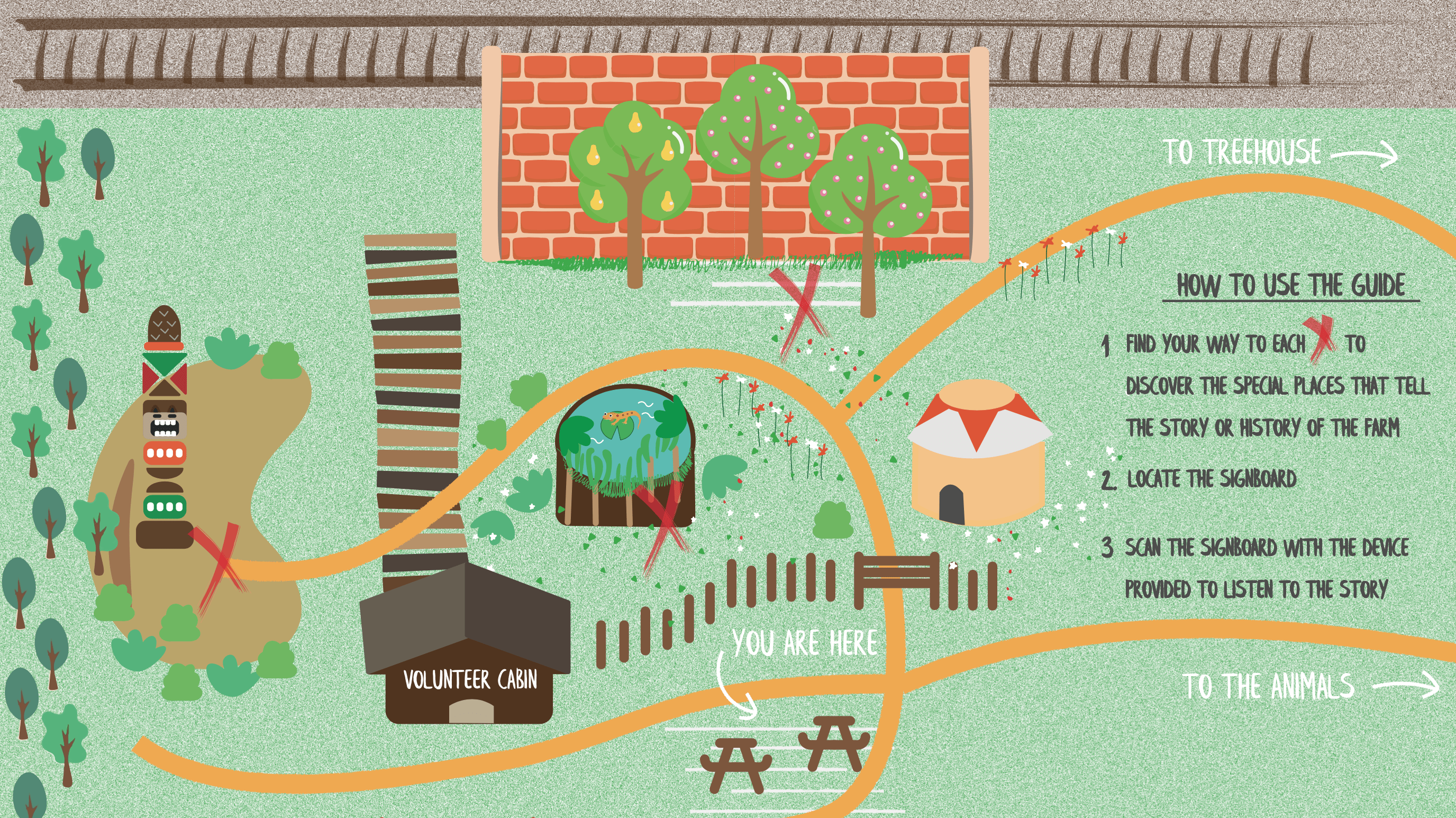 I tested the finished product with visitors and farm stakeholders.
‍
The results show that my digital guide has potential in engaging visitors through the physical, digital and social dimensions of a visit. In particular, people worked best with a system that equally balanced out actions performed in the digital and physical worlds, instead of being purely either.
‍
Contrary to initial hypotheses, people did not become distracted by their devices, but rather served to augment their explorations. When they wandered 'off track', they consulted the device, which triggered personal revelations and discoveries - something visitors found more valuable than the information itself.

Through the end-to-end process of organising and facilitating the study I learned to rely on existing research to help scaffold my understanding and to apply and adapt frameworks to my advantage.

Facilitating the co-design sessions also taught me the need for strong relationships rather than purely transactional ones.

The heart of human-centred design should be built on a foundation of trust and good communication.

This is just the first step towards meeting the challenge of designing a digital intervention that fully takes into account the complex social, cultural, educational and logistical needs of community farms.